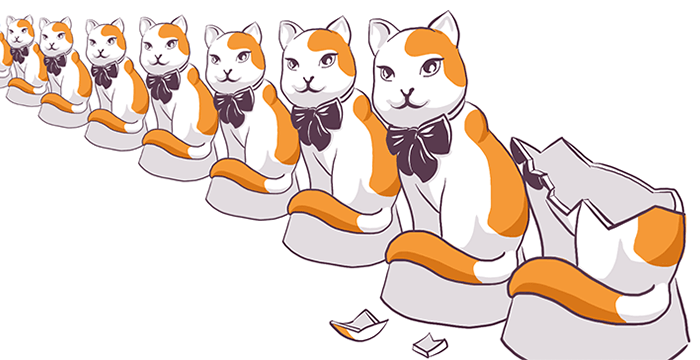 Any beginning DevOps specialist very quickly starts wondering how to write his own scripts for configuration management, testing them locally and not on the real server. In modern DevOps practices it is common to perceive infrastructure as a code, and any code needs to be properly tested before it is sent to production. We will talk in this article how to make the life easier when developing in this field.

Why do we need testing?

The idea of testing is in an automatized check of every element in an isolated environment. Evaluating every element separately and checking how every element works, it is much easier to identify the problem than when it is a part of a big system. Moreover, you can be sure that you haven't broken anything after making edits.

This is the magical framework we are going to use. Right now it is a little raw, but works fast and has pretty rich DSL – thanks to RSpec it is based on. As with RSpec, all your tests are Ruby code, so it is safe to use all the features of this language.

All its DSL represents a call for some resources for work with the files, services, configs etc.:

Inside every such block different checks are defined. You can see in docs to the resource, which types of checks it supports.

the value of every such check can be tested differently.

be is used to compare a value with a number:

eq is short for equivalent. It just checks the equality. Pay attention that it compares without type casting, that is 2 = 2, but '2' != 2.

cmp is the same as eq, but with type casting:

include checks if a value is in the list:

match checks if there's a value in a string. Its specifics is that it takes regular expressions:

You can also combine a lot of such checks in control. The advantage of such syntax is that you can define what exactly you want to test. It is something like shared_examples in RSpec:

But all this has one problem. Although we have tests, the code is still running and testing on a real server. If you make a mistake, you can break something on it or even knock it down.

Kitchen Test is a tool, which can run a virtual machine for you and install on it an OS, where we are going to test our application. It supports different platforms, tools and virtualization types, such as Amazon EC2, Blue Box, CloudStack, OpenStack, Vagrant, Docker etc.

What we need to have on our machine

First of all, Ruby, in which all our tools are written. Some virtualization system, I use vagrant-libvirt, and also Vagrant. If you want to learn more about different virtualization types and choose what's more preferable for you, go here.

Test Kitchen can be installed by a command gem install test-kitchen. You will have to find out yourself how to install and configure other tools, going by the links in the previous paragraph.

Let's fill a Gemfile with the minimum required set right away:

Now you can enter it using kitchen create default-centos-72 and do everything there. You can no longer be afraid to break something on a real machine :) Now you can run your configuration on the created virtual machine and either move your tests on it and run them or tell InSpec to visit through ssh and check. SSH access is the same as for everything that vagrant has run: ssh vagrant@localhost -p 2222.

All this is, of course, cool, but not very convenient.

Yes-yes, you can combine it all and get a pretty convenient system for development. You can read here about Chef. If you use Puppet, Ansible or something else for configuration management, use it, there's no big difference. As a part of this article we will write a little recipe for Chef installing Nginx, which we are going to test on our virtual machine.

Let's create a test cookbook in our Chef:

Let's enter the cookbook folder and create a Gemfile with the following content there:

After that let's install gems and initialize Kitchen:

Test Kitchen will create a config .kitchen.yml with its configuration. Let's edit it right away.

You can make sure that it has started and is working by entering it using kitchen login.

We won't bother much, that's why, let's just link up the existing recipe for nginx installation and call it:

Now let's ask berks to pull in the dependencies and run the recipe on the VM:

Tests should lie in a test/integration/name of the vm/ folder. If you are planning to use several testing frameworks, you need to create subfolders with their names, too.

Time to run our test!

You can delete the created machine this way: kitchen destroy default-centos-72.

I want to notice that if you have already done all this scope of work, you don't have to create the machine, then run the recipe and tests on it every time. You can implement all the three operations in one command: kitchen test default-centos-72

This is it. We have learned how to create VMs for our Chef recipes and test them using InSpec. Good luck with your application :)