How to become a programmer: Kirill Zonov’s story 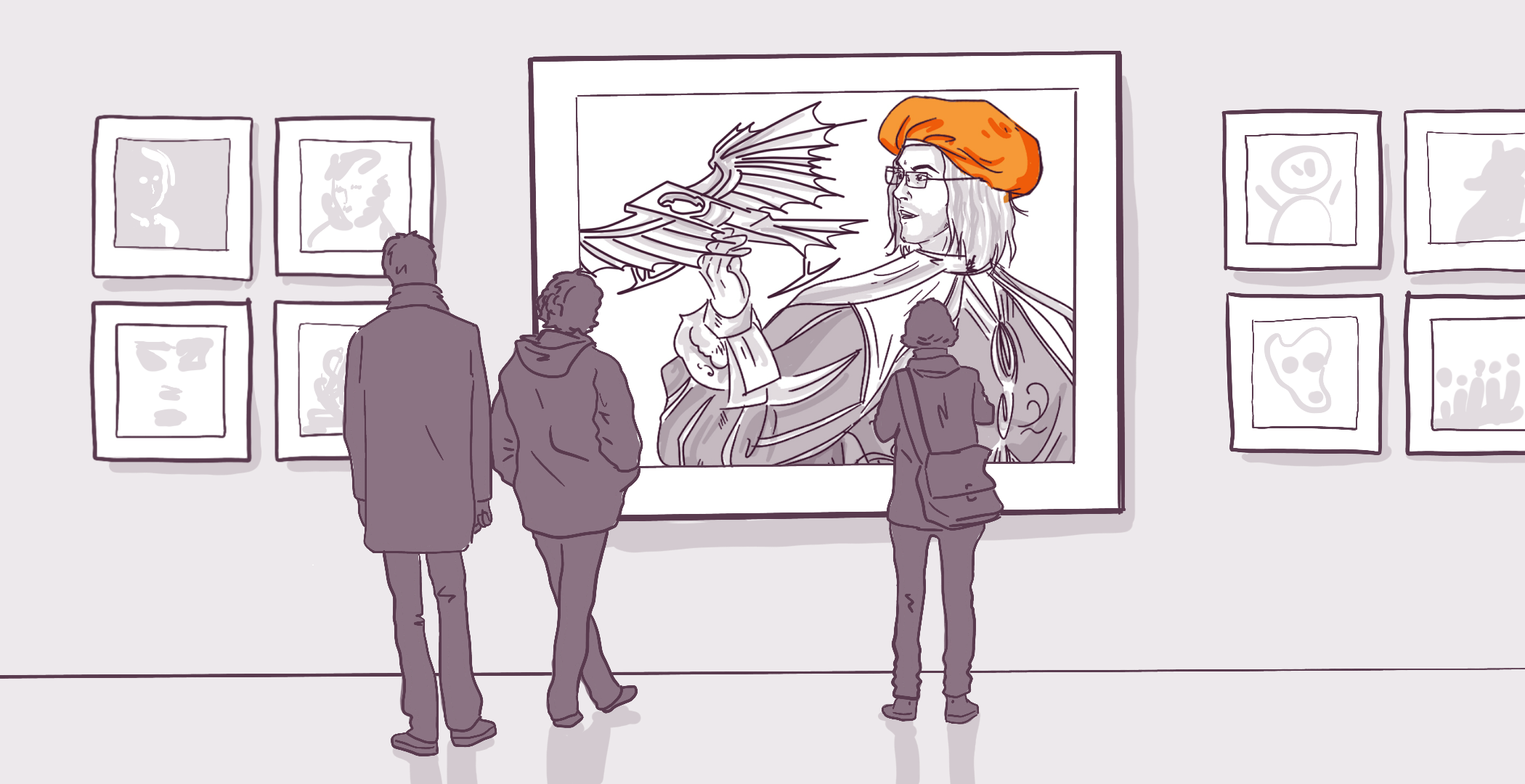 We were all asked “Joe Shmoe, what would you like to be when you’re older?” when we were children. I wasn’t an exception. I answered that I wanted to be a president. I was told that there could be only one president. Life is tough. So after some thought I decided that I was going to be a programmer.

The years went by, computers advanced; I loved playing Heroes of Might and Magic 3 and Unreal Tournament, but never felt like programming. In the meantime, peer networks just started to flourish in the town where I lived, and the cable Internet was very expensive. And at that time I realized that messing around with networks was more exciting than just playing. So in less than a year I installed twisted pair cables on three neighbouring houses and about twenty people used my Internet with great (for that time) bandwidth.

It became worse when at high school I went to Delphi classes. We were creating jumping balls and other dumb things. I wasn’t really impressed by that and decided that programming wasn’t for me. However, I made a Windows Tweaker using the very same Delphi for a programming competition for students and even won an ingenuity award.

The time has come for me to enter university, and I decided not to consider the programmes that concentrated mostly on programming. So I chose Computer Enginering where I had to mess around with my favourite Linux, networks and microcontrollers. The studies weren’t difficult for me, so from the very beginning I started working as a system administrator and moving around the city, solving technical problems with Windows for lesser mortals. And when the programming classes started, I was disappointed. The professor discouraged us completely from programming, even though he taught us .net and Java and C++. So I finished all my term papers successfully, but preferred to work as a system administrator anyway, until...

Until I happened to make it into an outsource company, where programmers used Ruby. I was working there for half a year, crawling under the tables with the cables in my hand, monitoring SMB servers, and suddenly the thought that they were having more fun than me crossed my mind. They had Scrum and all sorts of meetings, even stand-up ones, and the only thing I got is coffee along with the private office. So I went to my boss and said that I wanted to be a programmer too and asked for help. He had the heart of gold, didn’t hinder and gave me a discount for their programming classes instead. He also allowed me to do the test assignment and have an interview.

Ruby was my main and favourite language, and still is, even though now there are Clojure, React Native, Swift, Node.js, and even Kaggle Python script on my GitHub profile.

For starters, let’s talk about my mentorship experience. When I was in the process of setting up my own company, I hired mostly beginners and half of the time I spent on training them. I’m rather impatient by nature, so the training process involved not giving the knowledge to the employees on a silver platter, but mentorship. I gave them an assignment to dig into, they did that, stumbling onto something and asking what that was and what to do with that, and then I explained everything.

It was bad news when they did’t ask, it meant they were stuck or too shy to inquire, and in that case I tried to find out myself what was going on and then act according to the same plan. If the person was savvy enough, after a couple of weeks there was a new programmer in the team. Speaking of which, everybody I trained or retrained are now senior developers or CTOs.

Some might suspect that I have not enough money and a lot of free time in that far Europe and so I decided to be a mentor. Well, I work as a Sir Senior Developer, so my financial life is fine. Besides that I also visit some meetups, read books, work on my pet projects, run marathons and semi-marathons, so I might say I have a rather busy life. But there are some reasons why the mentorship is attractive for me:

Always remember that if you are a trainee or a junior developer in some company, this company has invested its time and money in you. So try to respect it. A usual payback period of a rookie programmer is two or three years. So even if you’re not ready to stay at the same company for such a period, appreciate what they’ve done for you and don’t hesitate to say ‘thank you’. It’s such a small world, especially a programmers’ one.

I’m not going to say anything surprising here. I read news of any kind (podcasts, weekly newsletters, Reddit), communicate with my colleagues and discuss some stuff with them, visit meetups and conferences, read books. 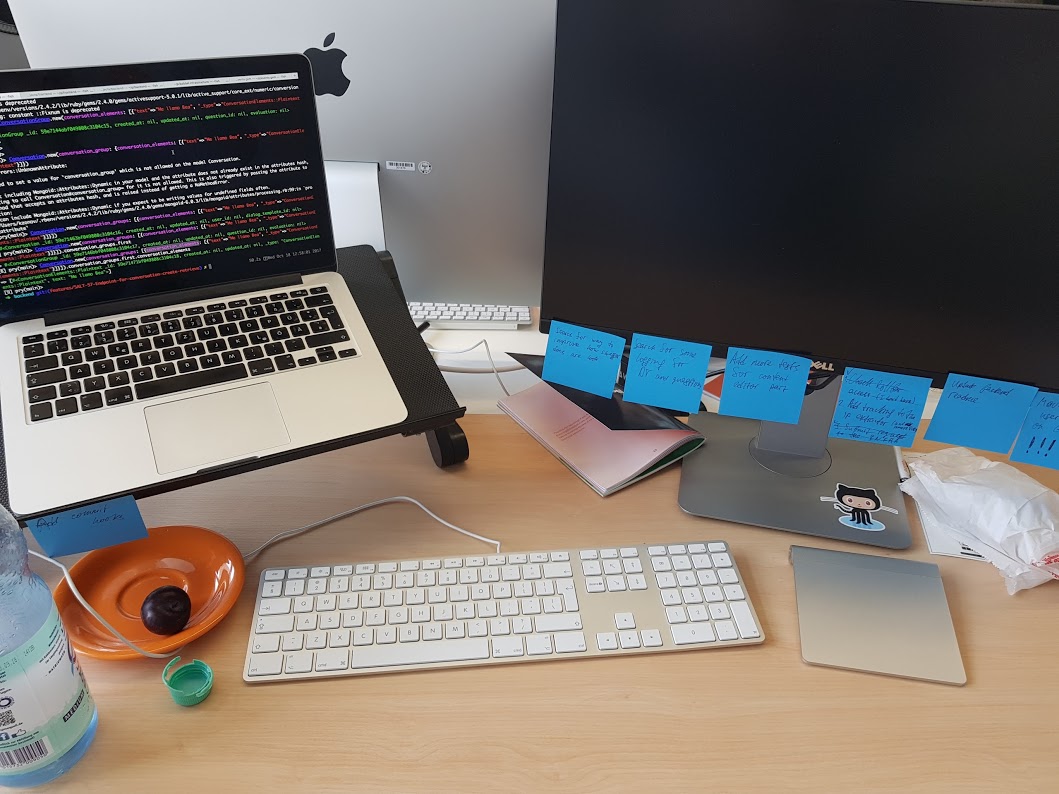 If you’re still thinking about starting programming, don’t just think, do it %) It’s an immense world with a whole bunch of exciting things.