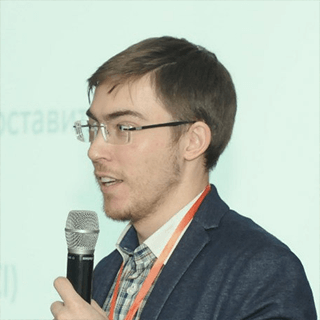 I'm an engineer. I like clean, effective and readable code. A good software developer should be pragmatic, not a fanatic. I can teach you not only how to write symbols, but also how to think in the proper way.

I started my career as a system administrator. In one point I started to work in software development company as an admin and then started to use Bash, Ruby and etc. A while later I realized that for me programming is much more interesting than just utilizing already created tools and switched my role to Junior Software Developer. After one year of work, I felt that I need more adventures and tried myself as a freelancer. Everything worked great so I started thinking about creating software development company. Voila! That's how Racoons Group had been created. In that company, I was a lead tech person, mentored juniors, made project estimations, participated in architecture planning etc. In 2016 life turned differently and company had been closed. Since that time I work in Germany as a Senior Software Engineer, focused mostly on the backend and infrastructure part.

I have a blog, where I write about both introductory how-to articles and more advanced topics http://zonov.me/ I speak at local meetups (Ruby User Group, Voice Interfaces) and conferences (DevOpsDays Berlin). My forte is to learn quickly. During hackathons and pet projects I tried to work with a bunch of technologies: Python, Elixir, Swift, React Native, Clojure. But every day and the most beloved is still Ruby and sometimes JS on both frontend and backend sides. Also Go recently came into my life and I enjoy its simplicity.

Done! We'll tell you as soon as mentor is available. Check out other mentors - they might fit you as well!

Oops, something went wrong :-( Are you sure you have entered correct email? Or the email may already exist.