Transaction Isolation Levels With PostgreSQL as an example 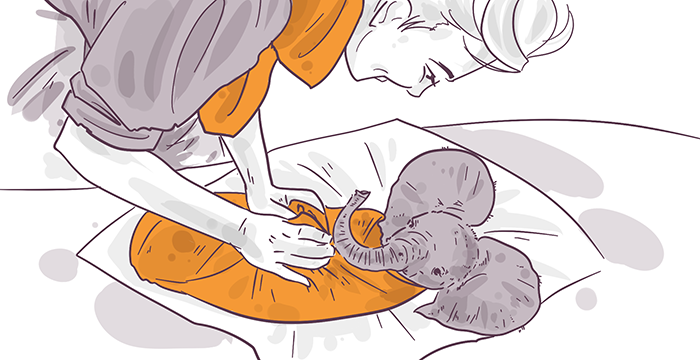 In this article, I'll explain what transaction isolation levels exist and what you should be aware of as a developer. We will consider only PostgreSQL (version 13) as an example database, so some information may be wrong if you would like to use another database.

For examples in this article, we will use pgcli utility. This is a nice analog for standard Postgres command-line interface that provides syntax highlighting and substitution. It can be easily installed e.g. via the brew package manager.

There is a well-known database abbreviation ACID. It stands for Atomicity, Consistency, Isolation, and Durability. The term isolation relates to how concurrent transactions affect each other.

So if you develop backend software that operates data in a complex way inside database transactions you must be aware of how transactions affect each other to prevent your code from business-logic mistakes.

Let's define each of them separately.

Dirty read means read uncommitted changes of other transactions. In PostgreSQL, it doesn't happen on any isolation level. For live examples, we will use PostgreSQL running via docker-compose, consisting of one table named 'orders' that is populated with several seed records. For example, the first transaction read order with id equals 1 and the second does the same. After that, each of them updates the total field value, and after committing both transactions only the last one will have a real effect.

Non-repeatable read means that one of the rows you've queried at different stages of transaction may be updated by other transactions. Phantoms mean that some new rows are added or removed by another transaction to the set of records being read. Serialization anomaly means that the result of successfully committing a group of transactions is inconsistent with all possible orderings of running those transactions one at a time. After committing both of them there is no possible sequential order of these transactions that leads to the committed result because transactions are cyclic dependent on each other result.

In classic theory, there are 4 levels of transaction isolation and exact behavior for some of them depends on the database.

In the case of PostgreSQL version 13 they are defined the following way: One can see plus sign if the isolation level is free of phenomena. And if it tries to update already updated by another transaction record it gets an error that prevents lost updates.

Serializable in PostgreSQL extends Repeatable Read level with guarantees of One should also be aware of special errors for repeatable read and serializable isolation levels that the database return in case of impossibility to commit transaction with the chosen isolation level. In this case, it's up to your code to retry the transaction later.

Now you are aware of different isolation levels in PostgreSQL and can carefully use one of them when it's necessary or may decide to use explicit locks instead. You should also keep in mind that the higher the isolation level the slower concurrency performance will be, so it's always a trade-off.

It's not an end-to-end guide about all isolation behavior so for specific details please consult documentation.