What is Serverless Architecture and what are its advantages? 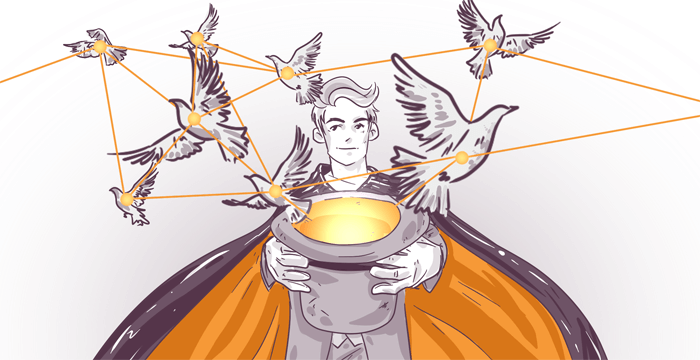 It doesn’t matter if you are an industry veteran or just interested in modern approaches to architecture, you probably have heard about a new way to run applications in cloud environment called ‘Serverless’. In this article we’re going to talk about what it actually is, if it’s really worth it and why conventional servers abruptly fell out of favor.

Here’s a Serverless definition from Wikipedia.

Serverless computing is a cloud-computing execution model in which the cloud provider acts as the server, dynamically managing the allocation of machine resources. Pricing is based on the actual amount of resources consumed by an application, rather than on pre-purchased units of capacity.

It might be not really clear at first, but don’t worry, you’ll figure it out soon. But before that let’s read another Wikipedia definition. This one is about FaaS, the thing closely connected to Serverless.

Function as a service (FaaS) is a category of cloud computing services that provides a platform allowing customers to develop, run, and manage application functionalities without the complexity of building and maintaining the infrastructure typically associated with developing and launching an app.

These definitions combine three features of anything that can be called Serverless:

Serverless model can be used mostly anywhere, with some exceptions, though. However, there are some cases which are the easiest and safest for a first try and thus we recommend you to start with them.

All these tasks are either scheduled or do not mean that the user will get an instant response. This is due to the fact that applications (functions) in Serverless are not working constantly, but are launched when needed and then disabled automatically. Thus, each launch takes some time, sometimes up to several seconds.

However, it doesn’t mean that you cannot use Serverless in the parts of an app that users interact with or when the response time is important. Quite the opposite! Serverless functions are widely used for:

Nowadays one of the market leaders concerning FaaS is AWS and its AWS Lambda. It supports many programming languages (including Ruby, Python, Go, NodeJS, C# and Java) and a huge number of services which allow you to use not only Serverless computing, but also Database as a service, message queues, API Gateway and other things that make your work with the model much more easier.

Google Cloud and Microsoft Azure with their Google Functions and Azure Functions are also worth mentioning. I don’t have much experience with them, but, as far as I can tell, they’re not as good as AWS and leave much to be desired. For example, as of yet Google supports NodeJS and Python only. Azure supports way more languages, but most of them have only experimental support for now.

Moreover, you can implement Serverless not only using the services of public cloud providers, but also in your own datacenter. If you’ve taken an interest in it and want to know more, you can have a look at KNative, which allows you to build and run serverless applications on Kubernetes orOpenWhisk. Openwhisk was the first product that made the community aware of the possibility of Serverless on their own servers.

Advantages in a nutshell

Before we finish, let’s have another look at all the advantages of the Serverless Architecture implementation.

Unfortunately (or fortunately), our world isn’t just black and white, and all the technologies and approaches are not undoubtedly good or bad. This means that the Serverless approach also has its disadvantages and there are difficulties you might face. Most of them are the same as of any other distributed system.

Even though we’ve found more disadvantages than advantages, it doesn’t mean that Function as a Service is a bad approach and you need to forget it for good after reading this article. Rather, most of the risks can be either minimized or just accepted. For instance, you can preinitialize the functions so that the user wouldn’t wait for it to launch. There are also some approaches to debugging which will make it less painful. Vendor lock shouldn’t be a problem for most businesses as well.

Moreover, the Serverless approach doesn’t mean that you need to shift the entire app to this model in an instant. The evolutionary approach, where you’re expected to start with the code for the parts of the app which are non-critical or customer-facing, works better here.

I’m sure that this is the skill that might prove useful later. To try out AWS Serverless by yourself, you can follow the steps I listed in the article on my personal blog or wait for it to be published on mkdev.

Thank you for reading this article. If you are interested in the Serverless and Microservice approaches, Ruby and JS as well as Cloud Infrastructure, I’ll be more than happy to become your mentor. If you have any constructive criticism or suggestions, I’m all ears.

Good luck with your work and studies, my dear readers!