Professional quirks, systemization, and the death of creativity 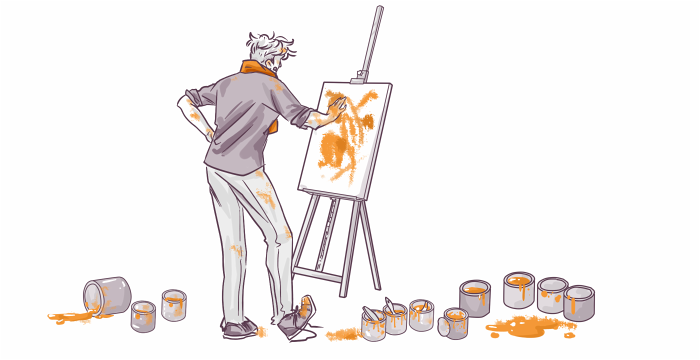 Programmers strive to have everything in order. The more time we spend in IT, the more we want to organize things. It’s something that comes with this work, a professional quirk, if you say so. It can’t be avoided. We are in constant search of how to work faster and make our code better and easier-to-read.

It can also easily explain the way we choose our technologies. We need the best code editor ever and we expect that it'll help us to be as productive as possible. We stand up for our chosen language, even though we know deep down that this choice was random, subjective, and made under the influence of dozens of factors.

Our work habits impact our life outside work and we try to systemize it too. For example, we organize and automate our finances: 20% of the salary goes to a deposit, 10% is for groceries, 15% is to be invested. We do the same for our physical activities too. We keep track of the steps or kilometers we've walked, check our heart rate, and keep notes about the exercises we’ve done as well as the info about their number and the weight that we’ve lifted and pulled. And it works well!

Sometimes this professional quirk only makes things worse. It slows us down and gets in the way of our work. We focus on optimization when it's better to relax and set our creativity free. We come up with great ideas, but, instead of working on them, we start searching for the best solution ever, try to build an ideal system for something that doesn’t exist yet.

Just have a look at what I planned for my first book:

I started my research on how to implement these features, compared currently available solutions, and was at some point even thinking about developing the whole thing from scratch. This project could have become a neat and elaborate system. But, lucky for me, one day I changed my mind. Instead, I did something absolutely horrendous, absolutely inappropriate for someone doing such a serious task as writing a book: I just opened up a Notes app on my phone and began writing the first chapter right there on the train I was on. I kept doing the same for over a month, sometimes writing on the train while going somewhere, sometimes in the park, using notes on my phone.

Once the first draft was ready, I decided to change my attitude a little and take the whole process more seriously. So I proofread and edited the text on my laptop. When the time had come for it to be published, I, again, chose not the most convenient tool — iBooks Author for MacOS, which wasn’t being supported properly back then. I used it to turn my text into a regular-looking book, generate a PDF and publish the final result.

Thus, giving in to the creativity flow, I was able to do an unexpected thing — write a book which was downloaded, read and found useful by thousands of people.

Since then I’ve been following the rule which might be helpful for any IT person trying to organize everything. If you want to do something, do it right away, with any tool you have on you.

This rule helped me stop caring about any systems or organizing principles of writing texts. I just open whatever I have at hand and start writing what needs to be written, be it a post, a book, or anything else. Your tool might be just a notebook, that’s totally fine too.

Let creativity and the chaos it brings with it into your life. Eventually, you’ll have time to organize that chaos and make it less chaotic and more systematic.

Yeah, having a rule about being more relaxed and creative seems kinda ironic, since rules and creativity are contradictory concepts. Well, sometimes you just need to give in to your professional habits to avoid developing even more habits in the future.